One Woman’s Path to Recovery

The first thing you’ll notice when you meet Katherine Kiernan is her energy. It’s there in the rapid pace of her sentences; the spark in her eyes; the animated hand gestures she uses to emphasize her words.

The second thing you’ll notice is the love she has for her three children—if not because she has already told you all about them, then because of the photos that clutter her desk and line the walls of her office.

“Everybody would refer to me as an Energizer Bunny. I would bounce off walls, I was focused, I was energetic, I was aspiring to be Super Mom and a top female business owner,” Katherine said.

“The mom who’s at all the school events, the mom who owns the company, the mom who goes to all of the different activities. I was a high-paced person and it made me happy to live life that way.”

When you first meet Katherine, you’ll never guess that just a few months ago, she was in a rehabilitation center struggling to emerge from the dark hole that depression and unintentional prescription addiction had dug around her, nearly taking her life.

“If I can help by telling my story to one person, by offering to be a lifeline to one person, then every single thing that I went through will be worth it,” Katherine said.

”If I can help by telling my story to one person... then every single thing that I went through will be worth it

Katherine Kiernan is the CEO of Aspire Realty in Fargo, North Dakota. She owns a thriving business and raises three beautiful children—all the pieces of a picture-perfect life. But in May  2017, Katherine was faced with the beginning of what would become a long and painful divorce.

As Katherine struggled to pick up the pieces for herself and her kids, she began to feel withdrawn, fatigued, and depressed.

Life as Katherine knew it was coming to an end, but her world—bills, emails, school schedules—went on spinning. She knew she had to keep moving, for her business and her family. Katherine went to the therapist she had been seeing since her marriage struggle began in 2015, who recommended she get evaluated by a psychiatrist to see if there was more at work than the typical grief associated with divorce.

Rather than suggesting a treatment plan for the anxiety and depression symptoms Katherine had described, the psychiatrist focused on getting Katherine back to her laser-focused, Energizer Bunny self. He diagnosed her with Attention Deficit Hyperactivity Disorder (ADHD) and prescribed her a level-one drug called Vyvanse.

“I didn’t know anything about it. I’ve never been a drug user, not a party drug user, nothing,” Katherine said. “I didn’t realize then the long-term effects that these drugs were going to have, the risks that came with them.”

At first, the results were like magic. Katherine could do everything she used to do and more; she woke up early, took care of the kids, kept the business running, and went all day long without pausing to breathe. She was Super Mom again.

”I didn't realize then the long-term effects that these drugs were going to have, the risks that came with them.

But while her energy and focus returned, the dark hole of depression grew wider and wider, swallowing her whole. Her anxiety was back in full force, and growing worse by the day.

“I still remember my first follow-up appointment with the psychiatrist where I said, ‘I don’t feel right. Yes I can focus and yes I am running at the speed of light,’” Katherine said. “‘Yes I’m managing to hold my life together, but I’m sad and I’m getting more sad.’”

Her psychiatrist shrugged off her concerns as part of the healing process, and rather than changing course to alleviate her depression symptoms, upped her dose of Vyvanse and tacked on a second ADHD medication: Adderall.

One Blow After Another

Through all of this, Katherine’s divorce proceedings were coming to a head.

“One of the things they don’t tell you when you’re going through a divorce with little kids is that they go after everything that makes you who you are,” Katherine said. “That’s not who my ex-husband was at all, but that’s the path divorce forces people to go down when it gets messy. I was believing rumors about myself that I knew weren’t true. It was one blow after the next. The day that our trial ended, I remember getting in my car and grabbing my steering wheel and something just broke. And that time, I didn’t come back from that broken feeling.”

That broken feeling latched onto Katherine and refused to let go. With every day that passed, Katherine found it harder to climb out of bed. She stopped feeling the joy that usually came with doing work she loved. Worst of all, she began detaching from her kids.

”I didn't care about my life because I didn't expect to be in it anymore.

“That’s when it really got scary,” Katherine said. “My whole life, I’d wanted to be a mom. My number one achievement in this world is the fact that I have the best kids, in my opinion. But I just found myself becoming more and more withdrawn.”

Desperate for answers, Katherine bypassed her psychiatrist and went straight to her personal physician. When she described the symptoms, her physician put her on an antidepressant.

Rather than improving, her symptoms grew worse. She began experiencing regular panic attacks.

“Over the course of the next couple of months, I was in a very scary place,” Katherine said. “We’d go to dinner with our friends and I’d have a couple of glasses of wine or whatnot, just normal dinner activity, but there would be times I would black out.”

The dangerous cocktail of alcohol and prescription medication caused Katherine to become angry, unpredictable, and erratic. Her depression was at its darkest; she went days without eating or sleeping, and began experiencing thoughts of ending her life. 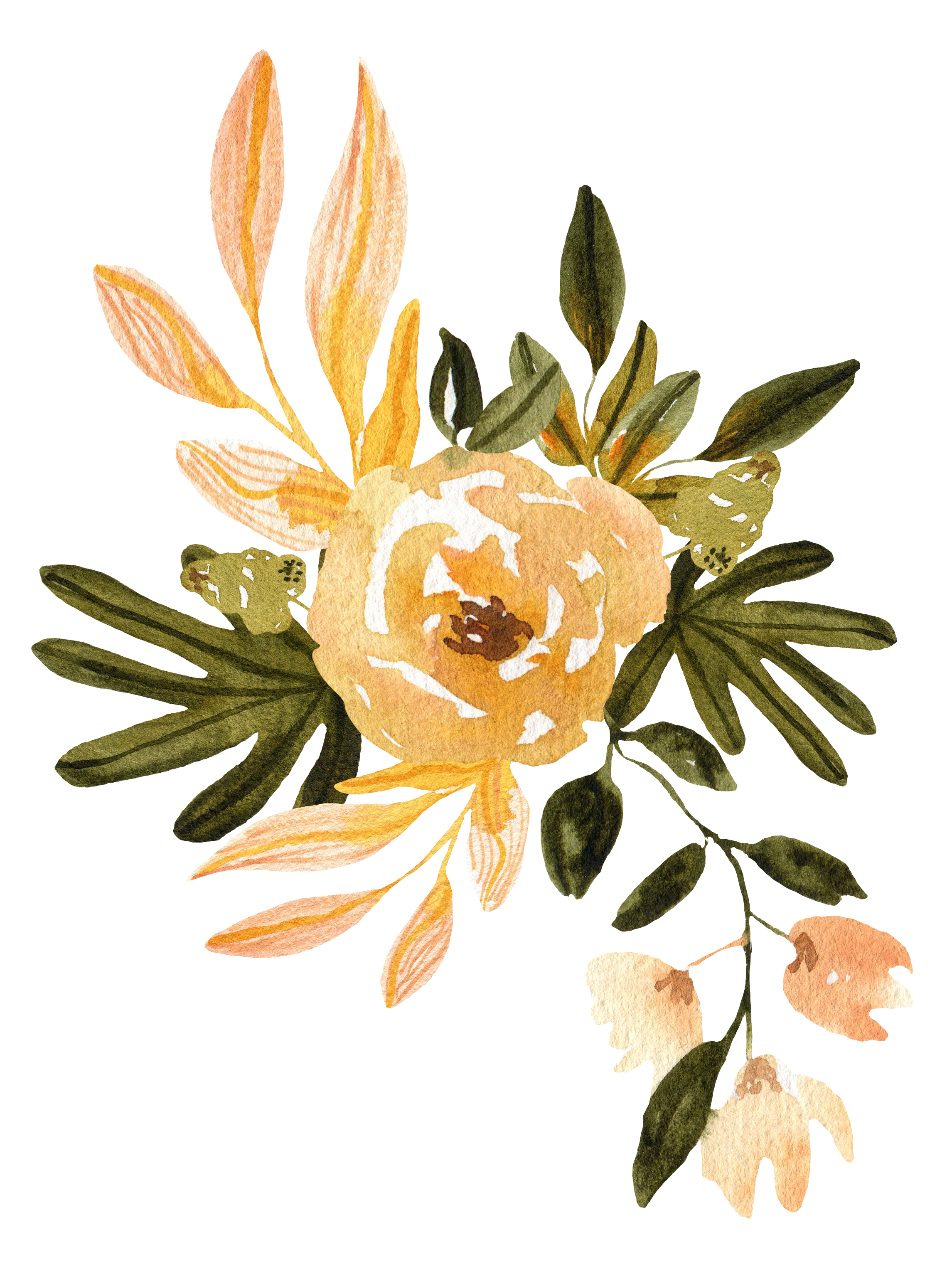 On August 25, 2019, Katherine reached her breaking point. It was a summer day just like any other: Katherine took her morning Vyvanse and spent the entire afternoon on the lake with her friends and family. When they returned to the house before dinner, Katherine had a smashing headache, so she took an oxycodone for the pain along with her evening Adderall.

They went to dinner and to a friend’s house afterward—and the rest is black.

“I don’t remember leaving the friend’s house. I don’t remember what happened in between that time and the next morning, nothing. But I woke up the next morning and my cabin was destroyed. I had clearly gotten into a physical fight and I’ve never been a physical fighter in my life. I could not piece it together,” Katherine said. “I just realized that day it was do-or-die time. That was my day.”

”The fact that you made it here... is nothing short of a miracle.

Katherine recognized that if something did not change, and soon, she would not live to see another morning. Her children would be left without their mother. That day, she made the call to the Hazelden Betty Ford treatment center in Center City, Minnesota.

When Katherine arrived at Hazelden three days later, she was immediately admitted into a detox process. The doctors were shocked when they saw the list of medications she had been prescribed.

“The first doctor told me, ‘You’ve essentially been doing the equivalent of meth for two years. And the fact that you made it here, that you didn’t have a significant cardiac event prior to getting here, is nothing short of a miracle,’” Katherine said. “He told me, ‘We wouldn’t give this dosage to even a man much, much larger than you, let alone the fact that we wouldn’t medicate you for ADHD at all, period.’”

Katherine’s story is not the only one of its kind. Prescription drug abuse is on the rise across the country—in 2017 alone, an estimated 18 million people misused prescription medications at least once—and one of the major contributing factors in this epidemic is the misprescribing, or overprescribing, of easily abused medications.

“A lot of people say, ‘Well, why didn’t you stop? Why would you take those drugs if they made you feel bad?’” Katherine said. “I could tell that those drugs weren’t right for me, but I trusted the doctor who prescribed them. That’s what his job is. And if he thinks that this is the route I need to go, who am I to say no?”

It has been 5 months since Katherine returned home from Hazelden. Through detox, group and individual therapy sessions, and educational workshops, Katherine regained the love for her family, career, and life that she had been missing for so long.

She also gained a newfound empathy for others who, like her, are experiencing addiction. Even when Katherine was at her lowest point, she did not talk to anyone but her doctors about what she was experiencing. Women in business are subjected to immense pressure to not only succeed, but supersede expectations; she feared that news of her struggle with addiction, in the wrong hands, could devastate the reputation that she had worked so hard for so long to build.

So she struggled in silence.

“I’ve gotten so many phone calls since I came home from people who are like, ‘Can we have coffee? I need to talk to somebody,’” Katherine said. “And it has made me think, how many of us don’t ask for help because we’re ashamed and we’re embarrassed and we don’t know where to go? We live in fear. Instead of suffering publicly and getting the help that you need, you suffer internally. And it ends up robbing people of their story of their life.”

So when you first meet Katherine Kiernan, she won’t hesitate to share her story with you. She is reclaiming her life, free from fear, shame, and addiction, and she will encourage you to do the same. To listen to your gut, and to speak up when a doctor or a medication does not feel right for you. To ask for help before it is too late. And to always, always, show compassion—because you never know what battle each person you meet is fighting.

“I always thought I had to leave my kids a legacy of a big, successful business and a larger-than-life lifestyle, and that’s not what they need,” Katherine said. “The legacy I want to leave for my kids is that it’s okay to ask for help. It’s okay to lean on others and have others lean on you. You don’t need to be superhuman; you need to be alive, strong and happy. For others out there who are struggling, that’s the number one thing.”

You are not alone.

If you or someone you love are struggling with mental illness, addiction, or thoughts of suicide, and need immediate assistance, please contact one of these resources. 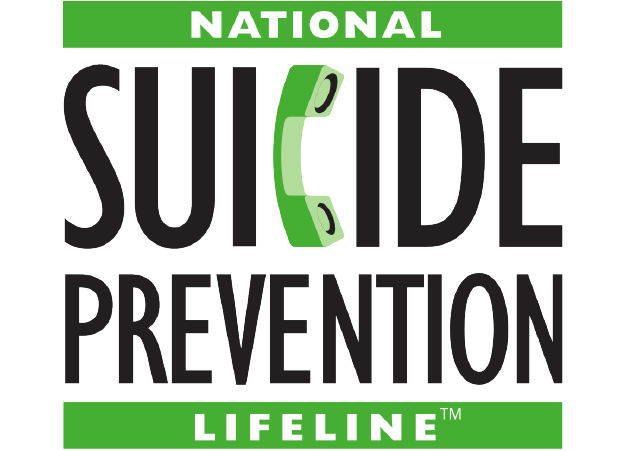 ”How many of us don't ask for help because we're ashamed and we're embarrassed and we don't know where to go?